A top Hillary donor wrote to the Chairman of the Hillary Clinton presidential campaign on the topic of autism and mercury in vaccines.

WE NEED TO CHALLENGE…

2. that Congress repeal the 1986 National Childhood Vaccine Injury Act and hold manufacturers liable for injury caused by their vaccines.

3. that single measles, mumps, and rubella vaccines be made available immediately.

4. that all vaccines be classified as pharmaceutical drugs and tested accordingly.

“OH MY GOD. I CANNOT BELIEVE WE DID WHAT WE DID. BUT WE DID.”

“In 2013, biologist Dr. Brian Hooker received a call from a Senior Scientist at the U.S. Centers for Disease Control and Prevention (CDC) who led the agency’s 2004 study on the Measles-Mumps-Rubella (MMR) vaccine and its link to autism.

The scientist, Dr. William Thompson, confessed that the CDC had omitted crucial data in their final report that revealed a causal relationship between the MMR vaccine and autism. Over several months, Dr. Hooker records the phone calls made to him by Dr. Thompson who provides the confidential data destroyed by his colleagues at the CDC.

Dr. Hooker enlists the help of Dr. Andrew Wakefield, the British gastroenterologist falsely accused of starting the anti-vax movement when he first reported in 1998 that the MMR vaccine may cause autism. In his ongoing effort to advocate for children’s health, Wakefield directs this documentary examining the evidence behind an appalling cover-up committed by the government agency charged with protecting the health of American citizens.

Interviews with pharmaceutical insiders, doctors, politicians, and parents of vaccine-injured children reveal an alarming deception that has contributed to the skyrocketing increase of autism and potentially the most catastrophic epidemic of our lifetime.”

– VAXXED –FROM COVER-UP TO CATASTROPHE

This film is a documentary  about a cover-up. Please do not refuse to see the film because-

Please see the movie and form your own opinion. If you still disagree with what the movie has to say–that is your prerogative. I applaud you for being open minded enough to see it.

I downloaded a new app for Brody this weekend. It is called I Can Have Conversations With You! It intrigued me because it was designed to help children with autism develop naturally flowing conversations. Brody still struggles in this department, so I thought this app would be extremely beneficial.

The app was created by  Karen Kabaki-Sisto, an ASHA-certified speech-language pathologist and applied behavior analysis instructor. She has spent the last 20 years working with children with Autism, Asperger’s Syndrome, and social (pragmatic) communication disorder.

I Can Have Conversations With You! is recommended for learners ages 6 and up, talk in sentences, read and are comfortable using the iPad.

For a video tour of the app click here.

We have only had the app for a few days, but Brody likes it and has used it on his own without me badgering him to do it.

We thought this was a great post about reflecting on autism after living it for 16 years. The author gives an honest look at what it’s really like to deal with autism.

We love the apps from the Mobile Education Store. We have bought lots of their apps in the past for Annie and Brody. We were so excited to read about their newest venture – interactive textbooks. We can’t wait to be able to download them. Check out this video to see more about the future of textbooks.

Crack the Books™ is a series of interactive books. These revolutionary books are designed to improve reading comprehension in all students, from those with special needs to those with academic gifts. They are the first that can be adjusted for reading level without sacrificing curriculum content. Students can experience all the content presented to their classmates, while reading at a level that is appropriate to their ability. Targeting 3rd – 6th grade science and social studies concepts, our iBooks allow for reading level adjustment from 1st to 8th grade within the same book, making it possible for all students in a classroom to access the same curriculum content regardless of their reading ability.

Crack the Books is part of Mobile Education Store’s award winning suite of educational apps. MES has won over 50 app awards and has been named educational developer of the year in both 2011 and 2012.

It turns out that a lot of banned foods end up in our grocery cart, and contain hidden toxic chemicals that increase your risks of disease, hormone disruption, and obesity.

We hate to be the bearers of bad news but… every day, Americans eat tons of dangerous banned ingredients, and chances are you’re one of them.  Below is a list of the top 5 most toxic ingredients that probably make it on your dinner plate: 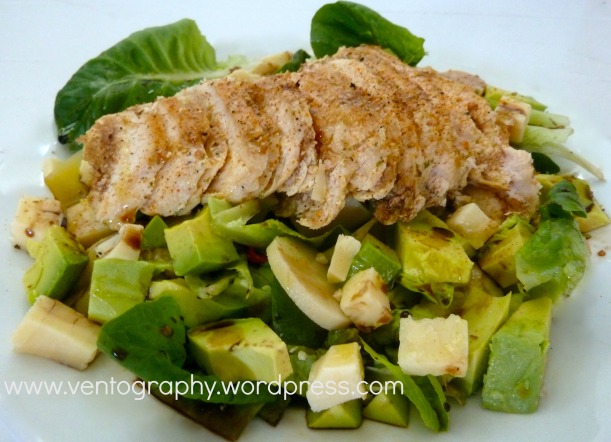 Last weekend, we decided to host a girls’ get together. But Molly and I could not decide on what to serve for dinner. A lot of our friends are “dieting” and we knew they wouldn’t want to eat anything heavy. So… we came up with a salad that has all of our favorite ingredients in it.

We served the salad with white wine and our girlfriends were quite pleased! It was a great night.

We have been talking about this topic since January of 2012 (click here for article). However, we were excited to see that today, 2 years later, the story has reached the mainstream media.

The Journal of the American Medical Association (JAMA) concluded from their study of 64,322 live-born children and mothers enrolled in the Danish National Birth Cohort during 1996-2002 that, “Maternal acetaminophen use during pregnancy is associated with a higher risk for Hyperkinetic Disorders (HKDs) and ADHD-like behaviors in children.”

This is not the first study to replicate the findings reported on by Dr. William Shaw two years ago. Dr. Shaw, in his recent newsletter, refers to a study reported on in the International Journal of Epidemiology between 1999 and 2008 on 48,631 children. They found that:

Also in his recent newsletter, Dr. Shaw calls for a warning label be placed on all acetaminophen products intended for pregnant women and young children. His rationale for this is that acetaminophen has not just been linked to ADHD. It has been associated with:

To read more about the risks of acetaminophen, click here.

A ventography is a written history of thoughts, emotions and opinions.

This blog is not intended to diagnose, treat, or cure any conditions. Non-medically qualified (at times cranky and opinionated) individuals have written the information, unless stated otherwise. Any such information should therefore be treated with care. Also, for privacy reasons, we've made the decision not to use our real names or actual pictures of our children on this blog.